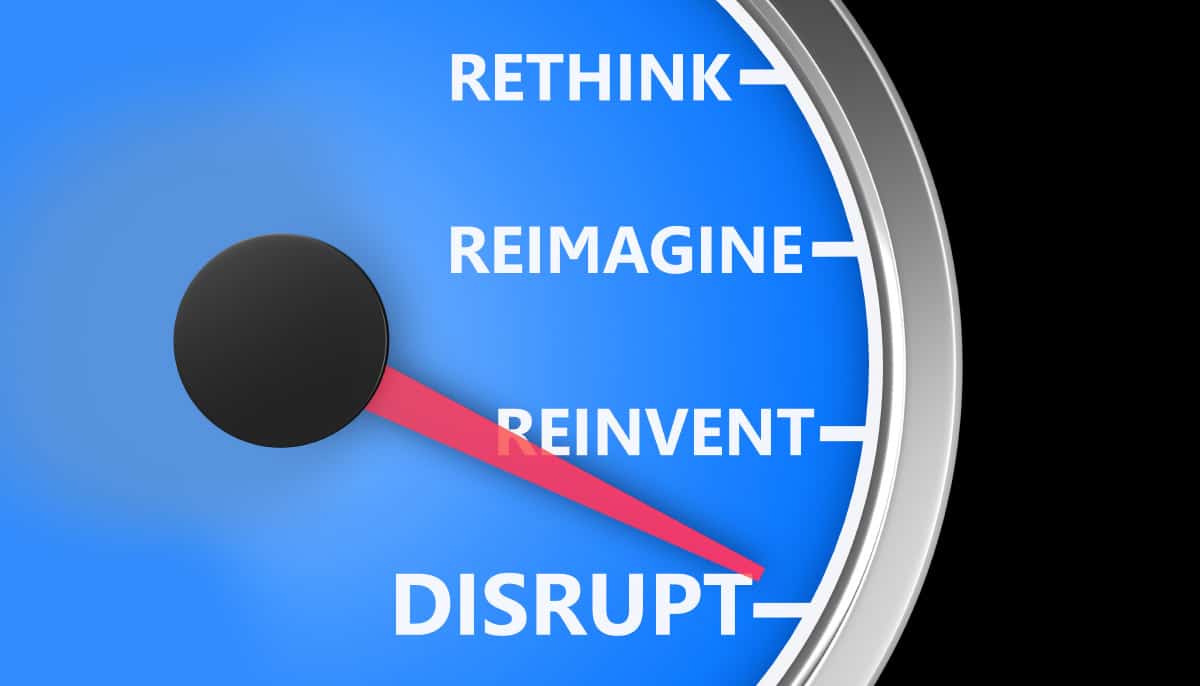 Simon Sinek, author of ‘Start with Why’, tells a wonderful story about why we don’t see ‘Blockbuster’ stores anymore.

For those whose memory needs a shake, or aren’t sufficiently vintaged, Blockbuster was a gorilla in the movie retail distribution industry – in 2004 it employed over 80,000 staff worldwide. Whereas now there’s only one store left, ironically called “The Last Blockbuster”.

You see, the movie industry knew that digital streaming was coming but rather than ask the question ‘do we need to adapt here?’ it doubled-down on its existing business model. The CEO of Blockbuster actually approached the Board and said “let’s explore subscription because Netflix is onto something”. His Board wouldn’t, so the story goes, because 12% of its revenues were made up of late fees on DVDs and videos.

But it gets worse: Blockbuster actually squandered another chance to leapfrog into a new industry model by declining an offer to buy Netflix, a company which is today worth nearly $20 billion.

This is a David and Goliath story of disruption: an industry dominated by ‘Goliaths’ is shifted into a new model put forward by ‘David’, a tiny outsider who brings new thinking and new energy to an industry that has lost sight of its customer’s expectations.

iTunes should have been invented by the music industry but it wasn’t — a computer company came up with the idea. How? By recognising that the customer was actually the individual who wanted to buy and listen to the music, whereas the industry believed its customer were the record producers.

Kindle, an electronic book, should have been invented by the publishing industry but it wasn’t, it was invented by an online goods distributor called Amazon. Why? The publishing industry believed people wouldn’t take to the idea of having thousands of books on a single tablet, instead they bet on their customers preferring to continue losing half a room in their house to shelves of dusty old books.

Here in Australia large parts of the financial services industry are also struggling to protect outdated ideas. Sure, the Corona virus has delayed legislation, but change is inevitable. Consumers vote with their feet in every industry and this one is no different.

So ask yourself this: if you were given the opportunity to reinvent this industry now, what would you make different?

Most of the financial planners I know pride themselves on the trusting relationship they have with their client. They take their client’s well-being very seriously and do everything they can to help and support their client as a fiduciary would.

Why not get the recognition you deserve? The time to be a recognised professional is upon us. It’s not a challenge and it shouldn’t be a struggle. Embrace it. It’s not as big a leap as you might think.

Leadership In Times Of Crisis: 5 Actionable Steps To Transform Your Service From ‘Discretionary’ to ‘Essential’ In The New Reality

Our free online training shows you:

For a limited time, get free access to the training here.