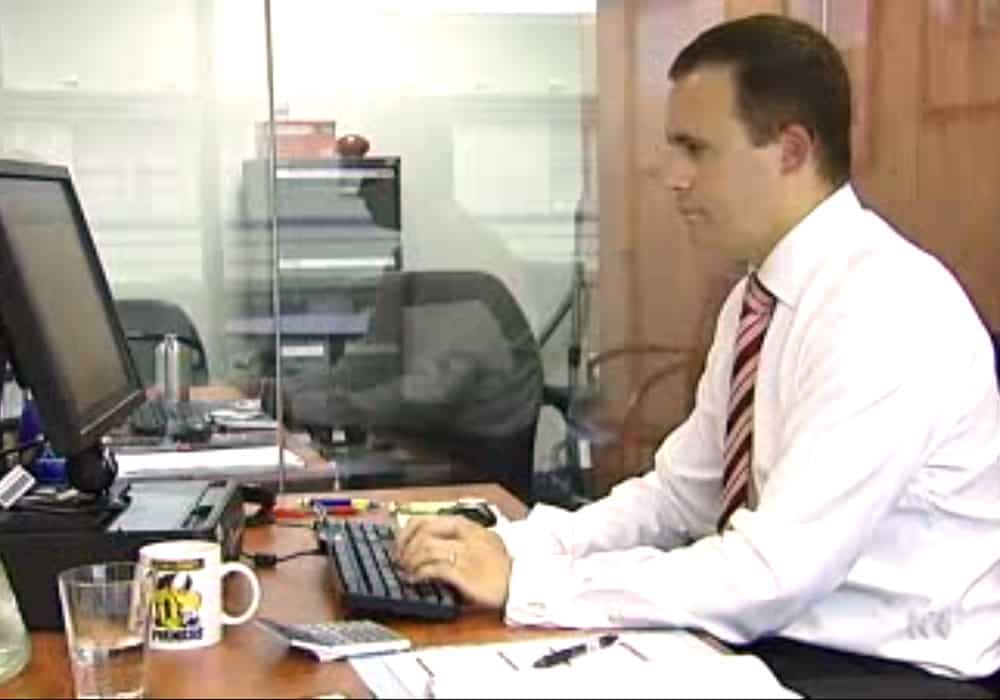 Transcript
CHRIS UHLMANN, PRESENTER: Who pays the piper calls the tune. It’s a proverb that fits one view of financial planners like a glove, an industry seen as working for commissions, not clients. So laws to reform financial advice are going before Parliament. But some insiders say one of the key planks is in jeopardy. The industry lobby has convinced the Opposition and key independents to fight a bill to make financial planners get their client’s consent every two years if they want to keep taking fees. As Stephen Long reports, dissident voices in the industry say they want the reform.

Claire Mackay is one of a new generation of financial planners fighting to reform the industry.

STEPHEN LONG: If you knock out the conflicts of interest that lead to tainted advice from advisors who are really salesman, paid by banks and insurance companies to tout their wares.

CLAIRE MACKAY: The way that the industry is structured at the moment is that fees are not paid directly by a client to their advisor, they are paid via commissions or volume rebates or kickbacks, and clients have no idea really how much they’re paying. Financial planning is not product selling. Financial planning is devising strategies for the long-term financial security of your client.

STEPHEN LONG: 7.30 spoke to independent financial advisors who’ve blown the whistle on the conflicts of interest that mar the industry.

MATTHEW ROSS, ROSKOW INDEPENDENT ADVISORY: We had pre-packaged solutions in mind before the client even walked in the door.

STEPHEN LONG: Matthew Ross runs a financial advisory firm at Hawthorn in Melbourne. He’s another young professional who rejected the old industry culture, after a decade working for firms giving conflicted advice in what he calls a poisoned industry.

MATTHEW ROSS: When I was working for other people they were telling me what advice to give and what products to push and who to see and what fees to charge and I got very frustrated with it, because I knew there were better options out there for my clients, but I didn’t have the freedom to choose.

STEPHEN LONG: “Pay off debt” is often the best advice he can give, but it wasn’t encouraged when he worked for a major bank.

MATTHEW ROSS: There was a requirement or pressure to put money into a particular platform to make money for the business.

STEPHEN LONG: What have we got here, Matt?

STEPHEN LONG: Everyone gets a cut.

MATTHEW ROSS: The client asks, “Will I make any money?” And the financial advisor says, “I don’t see you doing any of the work.” And this is the attitude that’s out there.

DANIEL BRAMMALL, BROCKTONS INDEPENDENT ADVISORY: If you’re gonna get advice from somebody, i.e. seek advice from an advisor, a professional advisor, then you expect it to be impartial, you expect it to be independent. The problem I think that the financial planning industry per se has at the moment is that it is wanting to behave in some ways like a sales outfit and yet be regarded as a profession.

STEPHEN LONG: Daniel Brammall is president of the Independent Financial Advisors Association, a fledging network of professionals who charge their clients for independent advice and shun all payments from financial services companies. But as we drove with him on a busy, rainy day in Canberra, he explained it wasn’t always that way.

DANIEL BRAMMALL: Well, I started in the industry in 1992 as a life insurance agent, but I’ve been a financial planner now for nearly 20 years, and it wasn’t until 2007 that I made decision that we should open up an independent practice.

STEPHEN LONG: Why was that?

DANIEL BRAMMALL: Well, it was because we basically decided that we couldn’t give the sort of advice that was independent, genuinely independent to our clients.

STEPHEN LONG: You were flogging product?

STEPHEN LONG: This poacher turned gamekeeper advised the Government and the corporate watchdog ASIC on professional standards and ethics for financial planners and he helped influence legislation now before Parliament which aims to curb conflicted advice.

For new clients, not existing ones, the financial advice reforms would ban commission payments to planners for selling financial products, impose a fiduciary duty requiring financial advisors to put the best interests of the client first and make them get a signed agreement from the client every two years if they want to keep charging fees, a practice known as “opt-in”.

MARK RANTALL, CEO, FINANCIAL PLANNING ASSOC. (7.30, August 2011): It’s a piece of redundant legislation that’s overkill, that’s putting red tape in the way of clients dealing with their financial planners. This is an extra burden that consumers don’t need to bear.

STEPHEN LONG: The Financial Planning Association supports most of the reforms and has opposed commission payments to planners for years, but it’s firmly against opt-in.

MARK RANTALL: Nowhere else in the world are consumers forced to renegotiate their contract with their financial advisor every year or every two years. … It shouldn’t be to a government to interfere in the contract that a client has with their professional. That’s just taking legislation too far.

DANIEL BRAMMALL: The purpose that opt-in serves is to ensure that financial planners earn the fees they charge. How can that be a bad thing?

STEPHEN LONG: To see why some old-style planners detest opt-in, you need to understand the business model. Many firms rely on what’s known as “passive income”, servicing some clients, but taking an ongoing cut of other peoples’ super or investments while giving them little or no service.

MATTHEW ROSS: For a long time financial planning has been a passive income opportunity. That’s the reason why a number of accountants have moved into it: they’ve seen it as money for jam.

STEPHEN LONG: Getting paid money for nothing?

DANIEL BRAMMALL: Many of these businesses have more clients than they actually see day to day and they’ll prioritise their clients in a, b, or c and only deal with the as, leaving the bs and cs, who are long since forgotten, to languish, having their accounts deducted by fees for services that they’re largely not receiving.

STEPHEN LONG: A campaign in marginal seats by old-style financial planners and their industry lobby groups has placed opt-in in jeopardy, convincing the Opposition and key independents to oppose it.

ROB OAKESHOTT, INDEPENDENT MP: In regard the issue of the technical term opt-in, where financial advisors have to write to all their clients and get a written response to keep them as clients every two years, I think there’s a bit of personal responsibility required, a bit of buyer beware like in any market, and so I think that one element is a bit of overreach, but 95 per cent of it and what is a broad package is very strongly supported.

STEPHEN LONG: How can you support a situation where financial planners can get paid money for nothing, because if they don’t have to renew the relationship with the client every two years, they can keep on extracting fees while providing no advice?

ROB OAKESHOTT: Personally I don’t think a letter every two years to lock in a client and say, “Are you satisfied with me?,” does the job. I think it’s full fee disclosure, plus the best interest test that does that. I think all we’re adding is an administrative burden and chasing up, you know, clients around the edges, when really, no other market that I’m aware of has that similar standard.

DANIEL BRAMMALL: I don’t get it. I don’t get. There’s a complaint that it’s going to increase costs; I don’t see where. If I have to see my client regularly to discharge my services anyway, then it doesn’t create an administrative burden to have them sign a piece of paper saying, “Yes, you’re still hired.”

STEPHEN LONG: What will it mean for firms that have had that passive income if you don’t have opt-in?

CLAIRE MACKAY: It means that it’s business as usual. There’s no change. There’s no requirement to talk to their clients on a regular basis about the services they’re providing and the fees they are charging. And if we are striving towards professionalism, which as a young financial planner, I want, then there comes obligations with that.

STEPHEN LONG: On opt-in, these purists may not be on the winning team. But the fight for independence has only just begun.